September is always a time of change. Whether its kids returning to school, summer vacations coming to an end, summer heat dissipating, or just an overall return to “normalcy.” With that, we welcome the changes with a new Sushi Platter filled with a wide array of seasonal fish, several rare fish that we plan to offer as much as possible, a highly respected and awarded sake to sip, and the enjoyment of Silver Week in Japan. 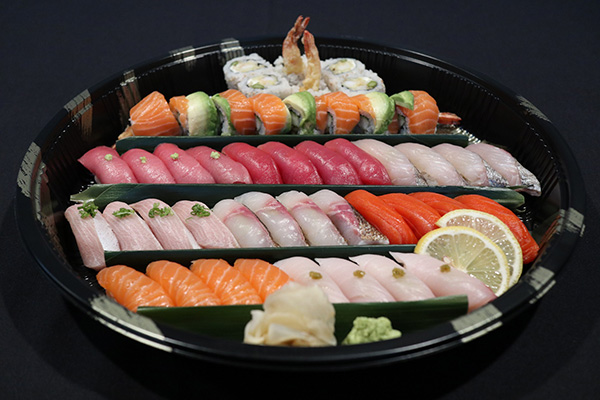 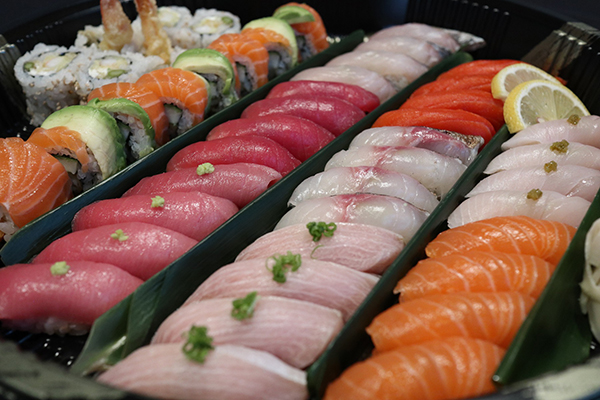 CONTENTS:
Eight Kinds of Fish (4 pieces each)
Two Types of Sushi Rolls
Price: $170 plus tax
Order at least 24-hours in advance
Takeout only

Meichidai (gingko fish) is a white fish rather rare to see on a restaurant menu or in the fish market. Meichidai writes 目一鯛 in Kanji Character, where “Me” (目) means eye, “ichi” (一) means one, and “dai or tai, if without any prefix” (鯛) means sea bream. This name comes from its appearance – a vertical stripe over its eye that looks like the numeral 1. 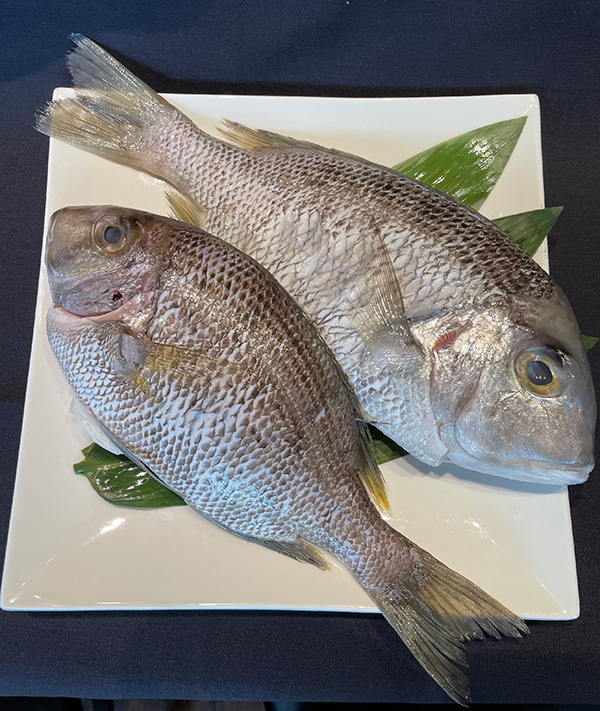 Besides its distinctive stripe, Meichidai looks rather plain and sober. However, the taste of it is completely opposite from its looks. Generally, white fish become leaner in summer, but Meichidai becomes fattier as its season reaches its peak.

Although late summer and early autumn is the season for Meichidai, availability is limited even at the peak of the season. Its scarcity and unparalleled taste results in a higher grade than Madai (sea bream). 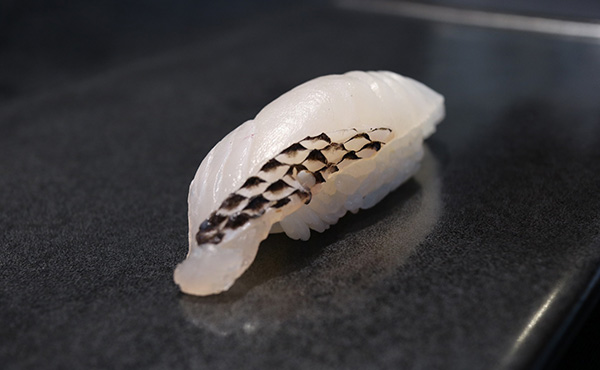 We try to obtain Meichidai as much as possible during the season. While we do our best, please accept our apologies in advance if it is missing on our menu from time to time. We do, however, promise that it is well worth the wait!

Heavensake Junmai Daiginjo is now produced by Saura, which is the brewer of Urakasumi in Miyagi prefecture. Saura was founded in 1724, and its brand of Urakasumi has been awarded gold medals many times in the Annual Japan Sake Awards, which is conducted by The National Research Institute of Brewing. This gold medal award is recognized as the most respected award for Sake in Japan.

This unique yeast and blend of Yamadanishiki rice and Kura no Hana rice creates a fine balance of crispness, smoothness, and tenderness with notes of Japanese white peach and the highly unique aroma of white camellia. The blending and refining is conducted by the master blender Regis Camus. 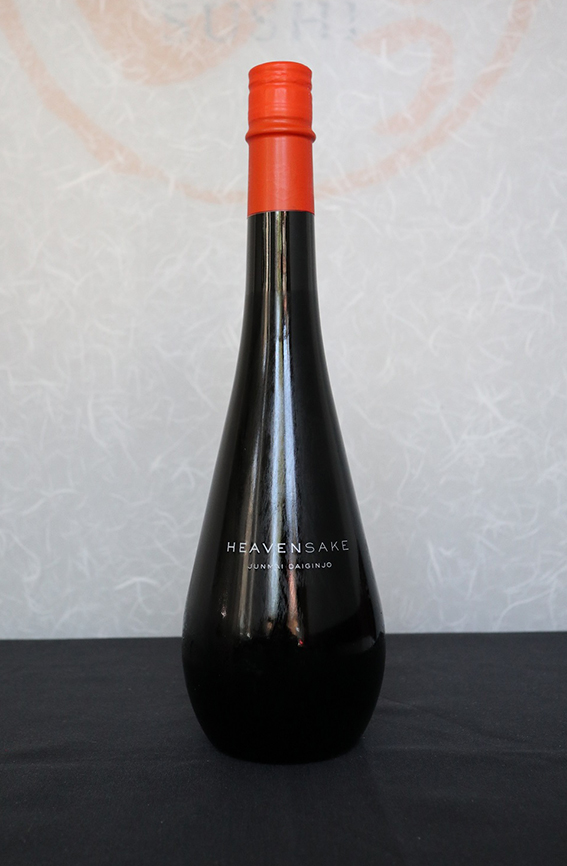 Although it is not as powerful as Golden Week in terms of the number of holidays, more people seem to take Silver Week to enjoy vacations by travelling, hiking, picnicking and so on. These outdoor activities were traditionally enjoyed during Obon Vacation in the middle of the heat of August, but nowadays they are more often fulfilled during Silver Week when the temperatures are a bit cooler and more enjoyable!

Since many old towns are accessed by tourists walking, the lower temperatures really benefit these treasured towns, and, of course, the walking tourists gain more appetite for delicious autumn cuisine! 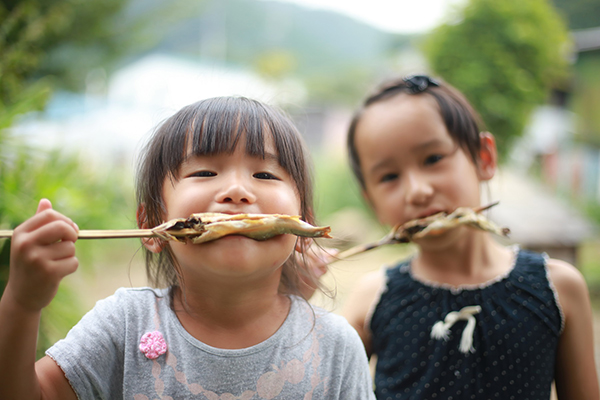 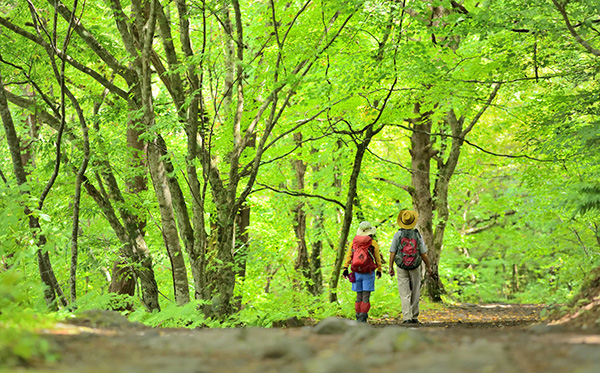