October is a wonderful time in Seattle, ushering in cooler temperatures and showcasing fall foliage in oranges, yellows and reds. This month, visit us at community events, learn more about the longtime tradition of pacific oyster farming, and look for delicious, farm-raised bluefin tuna from Japan in the second half of October.

We’re excited to offer delicious bluefin tuna from Japan, coming to Shiro’s on October 19! While we usually source bluefin tuna from Spain, we will be serving our special bluefin tuna farm-raised in Japan. It will come from Chuo Gyorui in the famed Tsukiji Fish Market, weighing over 150 pounds and measuring at least 5 feet long. The fish is being raised on a healthy diet of squid and sardines, producing tender flesh and exceptionally fresh flavor!

The fish will arrive at Shiro’s soon and our chefs will get to work breaking down the enormous fish and preparing it for dinner on October 19. Maximizing the meat, the fish will be separated by Akami (leaner pieces), Chu Toro (medium fatty pieces) and O Toro (fattier pieces). Akami is often served raw or using the more traditional Chu Toro marinade, while O Toro is typically always served raw. Bluefin tuna is typically aged for a few days or more to allow the meat to develop its best characteristics, including wonderful umami flavors. Our farm-raised fish is so fresh that it doesn’t require as many days to age as wild bluefin. 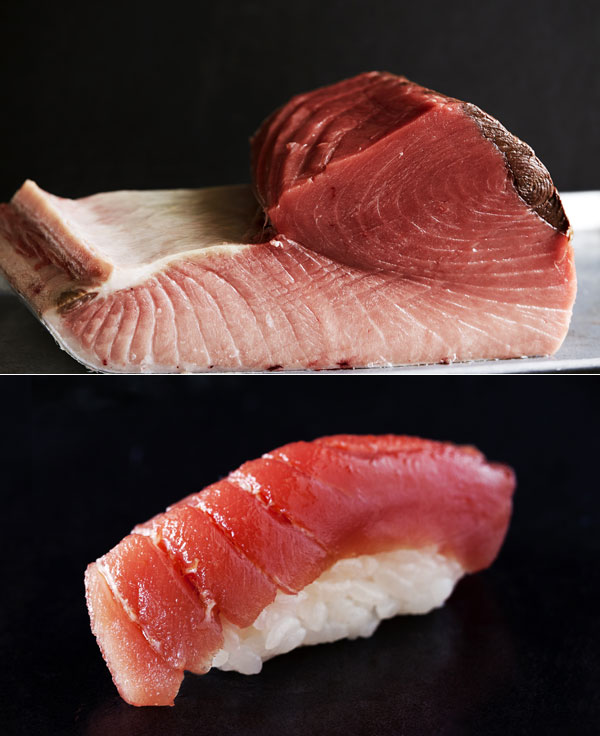 Kawahagi (Thread-Sail Filefish) – Thread-Sail Filefish is a flat, sand-dwelling fish found in Japan’s coastal waters. When served as nigiri, it’s usually topped with its own liver, as pictured. It’s a delicious, seasonal item that appears on our menu beginning in October until December. The flavor is subtle and delicate, and with the addition of the liver, adds a creamy element to the nigiri, making it a rich bite! 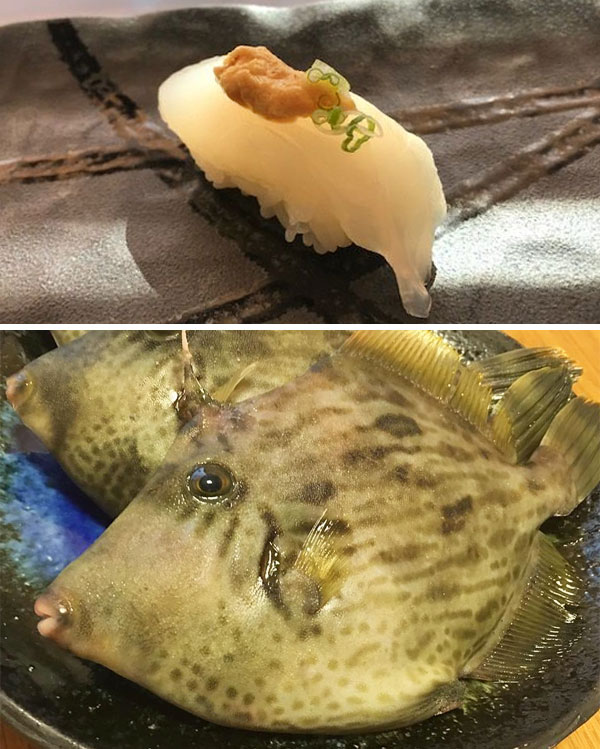 Sanma (Pacific Saury) – Pacific saury or Sanma (“秋刀魚”) means “autumn sword fish” because it travels from the cold waters of Hokkaido south towards Honshu in the autumn, when its meat is the most flavorful. High in fat, saury nigiri can be prepared raw and served with grated ginger and finely chopped scallions (as pictured) or with salt and vinegar — both preparations are delicious! 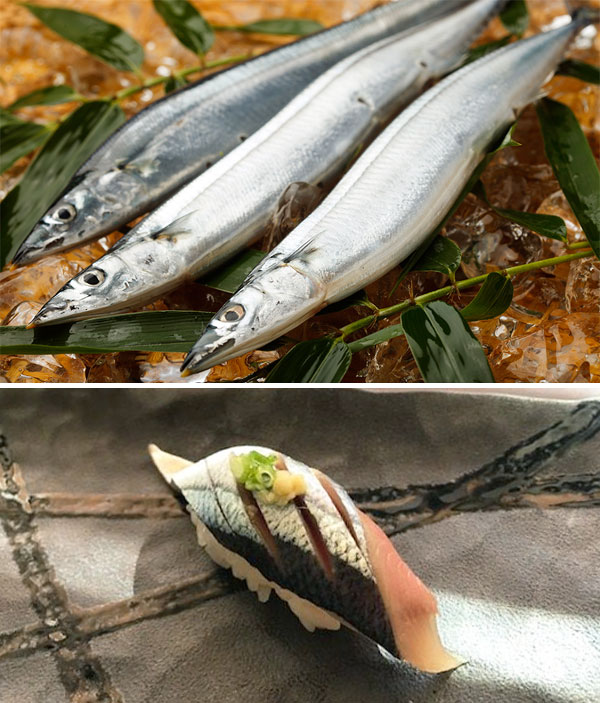 Uni (Sea Urchin) – Uni is the Japanese name for the edible part of the Sea Urchin. The United States’ west coast is currently the largest supplier of sea urchin. Difficult to raise, delicate to harvest, and yielding only small portions of edible meat, makes uni an exquisite and sought-after dish. Uni ranges in color from rich gold to light yellow and offers a creamy consistency and light flavor with a touch of briny sweetness. 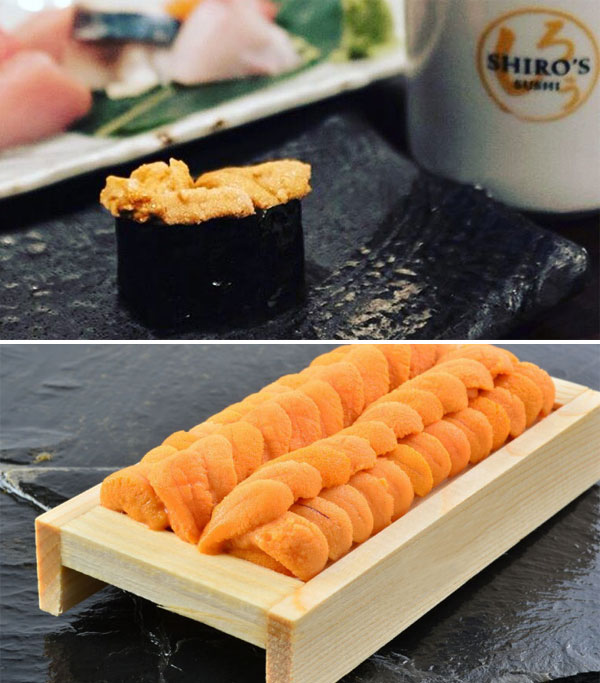 Okunomatsu Adatara Ginjo is made with water that runs through Mount Adatara in Fukushima Prefecture. This sake offers delicious floral notes of honeysuckle, jasmine, peach, ripe pear, and melon fruits. The taste is clean with a gentle dry palate and silky mouthfeel, making it the winner of several awards including the Ginjo trophy and International Wine Champion Sake Award in 2018. Try this seasonal sake at Shiro’s while it’s available! 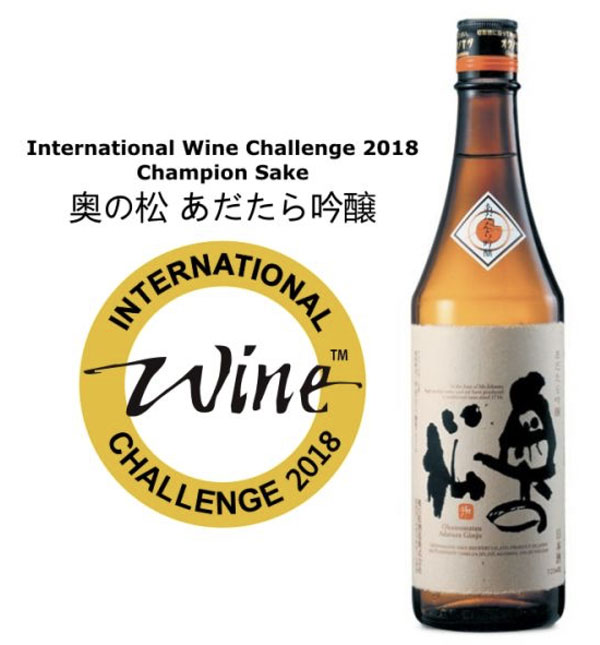 Oysters are an integral part of Pacific Northwest cuisine, but that hasn’t always been the case. There was a time when our region’s oysters were in trouble by over-harvesting and pollution.

Luckily, a Japanese immigrant named Masahide Yamashita helped turn things around when he came to Seattle in 1902.

Yamashita owned his own import/export business and was able to help the local oyster habitat by importing oyster seeds from Japan. Between 1930 and 1938, Yamashita was able to sell thousands of cases of Japanese oyster seeds to Northwest shellfish farmers. The oysters thrived! What was then known as the Japanese Oyster is now known as the Pacific Oyster today. 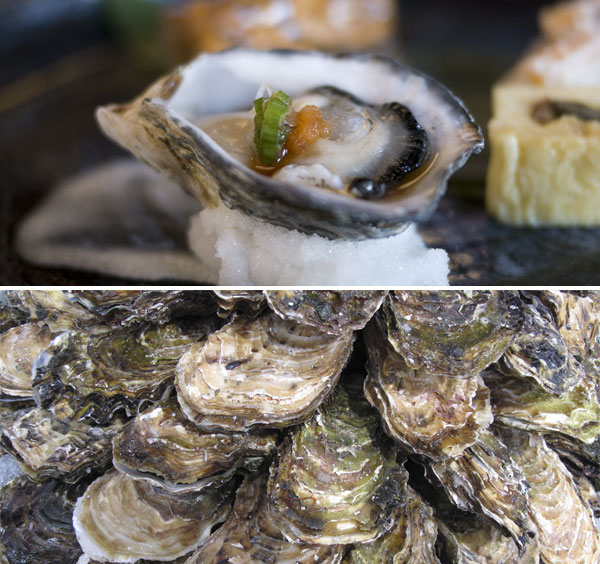 How to order Nigiri 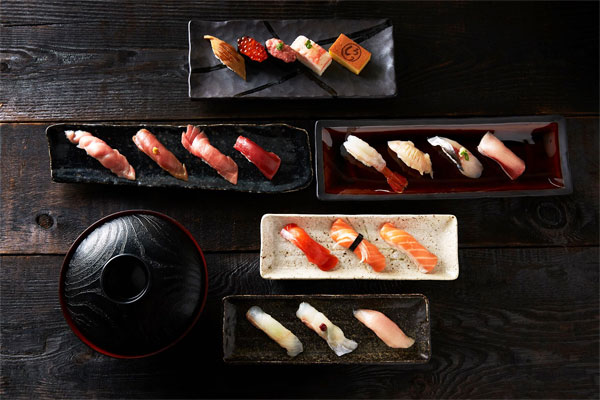 Whether you’re a seasoned sushi eater or new to our sushi bar, the order in which you eat your sushi is really up to you! However, here are a few tips from our chefs to get you down the right path.

When ordering nigiri, the palate needs to gradually work up to fattier and richer pieces of fish. It’s a good idea to start with simple and light flavored fish, such as whitefish, then move to richer fish such as fatty tuna, and then finish with a simple roll such as cucumber or oshinko roll (pickled radish).

If you prefer to start with the stronger or fattier fish first, then simply reset your palate before moving onto the next bite by sipping tea or eating gari (pickled ginger) in between bites.

If you need a little guidance, then leave it up to our chefs!

Join us for Seattle Met magazine’s Boysterous Seafood event on Friday, October 5, 6:30-9:30 p.m.! As part of Cowabunga, we’re kicking off the weekend at Boysterous, a seafood sampling soiree. Stop by our table to enjoy our chef’s preparation of delicious Pacific Oysters from our local waters. Learn more and purchase tickets online.

We recently partnered with the American Cancer Society at their annual Seattle Hope Gala for the third year in a row! Alongside other Seattle restaurants, our chefs served our delicious sushi to help raise awareness, celebrate lives, and lead the fight for a world without cancer. Money raised at the gala went directly towards cancer research funds. 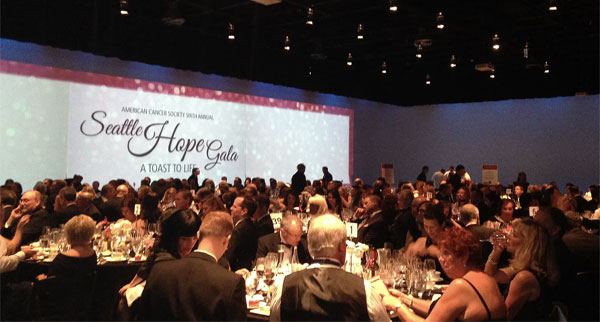