Happy New Year from all of us at Shiro’s! Starting this year we are adding some exciting new features to the Shiro’s newsletter. We will be including Japanese food traditions, sharing more about our talented chefs, enticing with our menu specials and of course, profiling more about the backbone of our restaurant – our sushi!

Namako (Sea Cucumber) – Namako is considered an “ocean delicacy” among sushi connoisseurs and is treasured in some cultures for its medicinal value. Known for its unique, crunchy texture, these sea creatures are best enjoyed in the winter months. In Japan, sea cucumber is often served raw as sunomono, a kind of sea cucumber salad, which our chefs create with ponzu sauce and seaweed to create a light, flavorful dish. 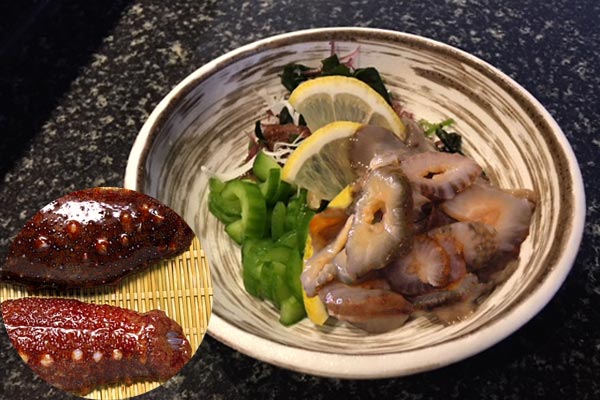 Bafun Uni (Sea Urchin) – Bafun Uni may not have the prettiest name (literally translates to horse dung) due to the size, shape and color of its shell. But the meat’s deep, orange color, creamy texture and sweet, briny flavor make it a prized bite in Japan and the U.S. This tiny sea urchin with a green shell and short quills comes to us directly from Hokkaido, the second largest island in Japan, which is known for having an abundance of fresh uni, among other varieties of fresh fish. 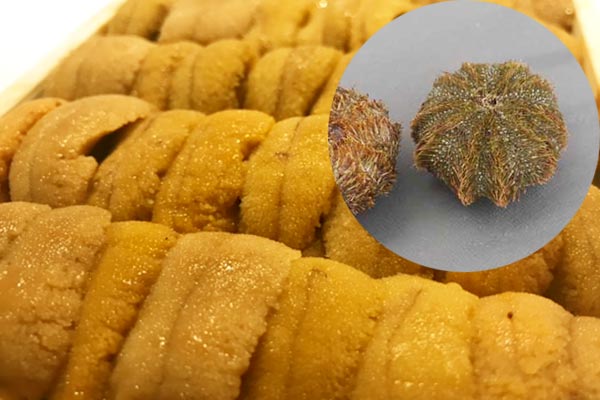 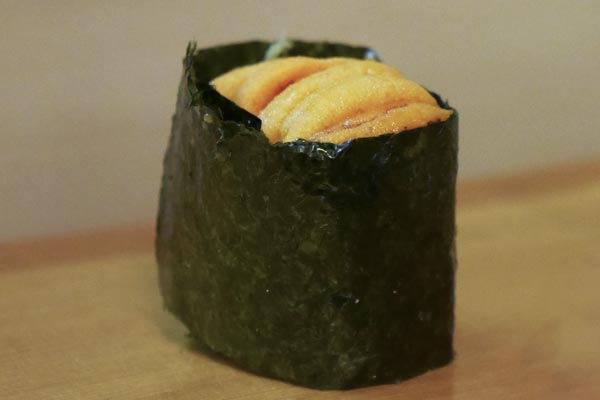 New Year’s Soup – Kick off 2018 with a Japanese tradition – Ozoni! Served on New Year’s Day throughout Japan, various regions prepare it differently, but the one ingredient that always remains constant is mochi or rice cakes. We’ll be serving this New Year’s tradition through January 15. 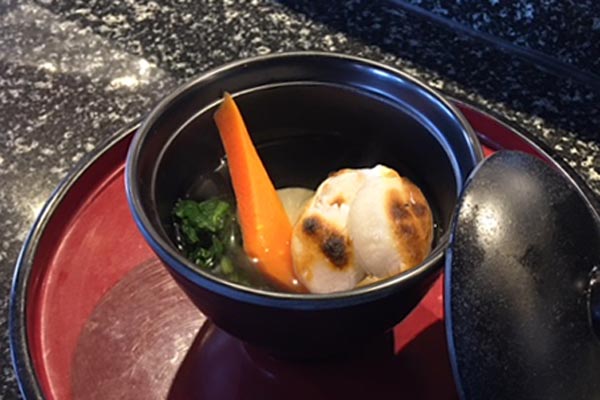 Hoyo Genji (or Shining Prince) – This sake is the perfect winter beverage! It’s enjoyed by many as it carries characteristics of junmai and gingo style sake. This light, clean sake features crisp cedar, citrus and grass notes, best enjoyed cold for a refreshing accompaniment to your next sushi dinner.

Eating Sushi with your Fingers – Chopsticks can be tough to master, from catching every grain of rice to keeping your fish and rice together for one perfect, flavorful bite. In Japan, it is considered “cool” to eat sushi with your fingers, a custom that originally started in the Edo period of Japan when people would often stop for some sake and sushi on the way home from work, and opt to use their hands, rather than chopsticks. 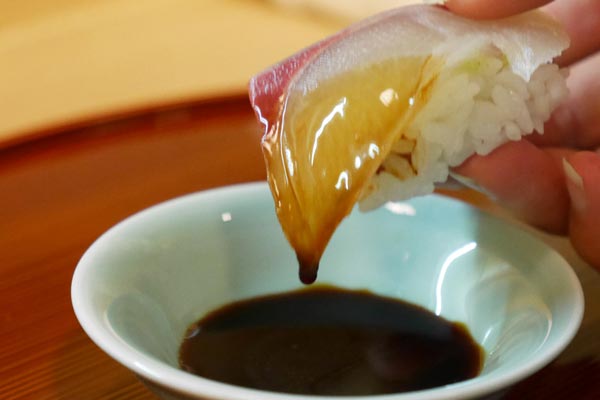 Sushi was a casual street food 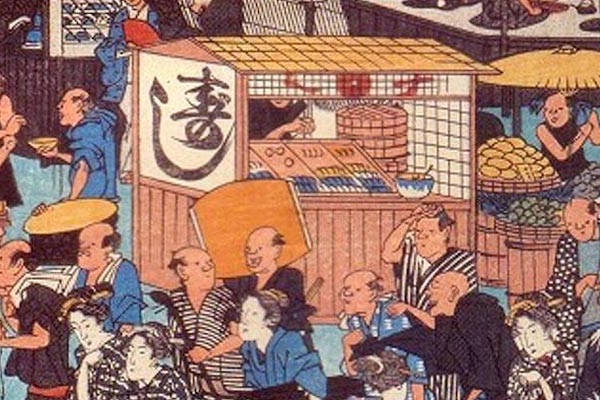 Soy Sauce with your Sushi – If you often dip your sushi into soy sauce, be sure to dip fish side down, instead of rice side. Adding soy sauce to the rice tends to cause the rice to break apart, resulting in way too much soy sauce and the collapse of your perfect sushi bite. For sushi rolls, lightly dab the bottom edge of the roll into the soy sauce to get the ideal amount of soy.

Dip Fish side down 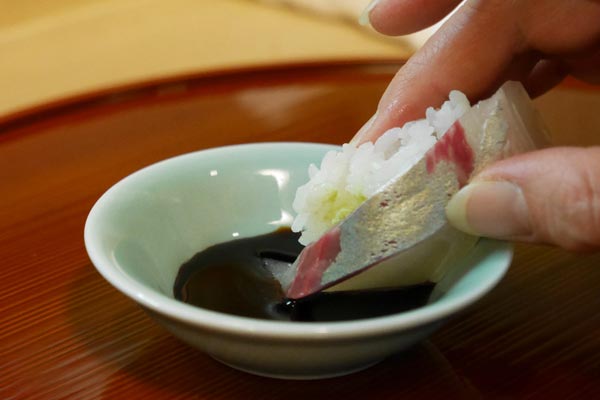 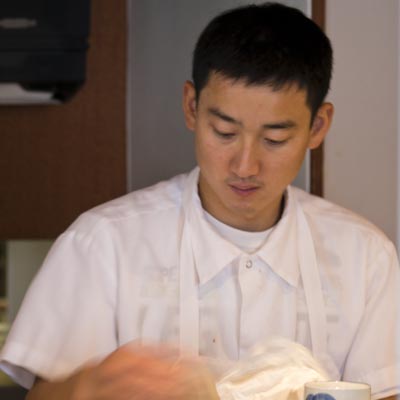 What do you pair your sushi with? – I like Onikoroshi with Kinmedai sushi, and Kokuryu with Aji sushi.

Besides sushi, what else do you enjoy eating? – My favorite is Vietnamese pho at Ba Bar. I also love the potato salad and curt at Suika restaurant in Capital Hill.

When you’re not at Shiro’s, where can we find you? – This time of year I snowboard at Crystal Mountain and Snoqualmie Pass. In the summer, its wakeboarding, boating, golfing and tennis. I also enjoy baseball games, aquarium visits and mushroom foraging during season. Active and outside is where I’ll be!